It’s been more than a month now since I started looking into the many outstanding items we had waiting on our To Do list here at the GNOME Infrastructure. A lot has been done and a lot has yet to come during the next months, but I would like to share with you some of the things I managed to look at during these weeks.

As you may understand many Sysadmin’s tasks are not perceived at all by users especially the ones related to the so-called “Puppet-ization” which refers to the process of creating / modifying / improving our internal Puppet repository. A lot of work has been done on that side and several new modules have been added, specifically Cobbler, Amavisd, SpamAssassin, ClamAV, Bind, Nagios / Check_MK (enabling Apache eventhandlers for automatic restart of faulty httpd processes), Apache.

Another top priority item was migrating some of our services off to the old physical machines to virtual machines I did setup earlier. The machines that are now recycled are the following: (Two more are missing on the list, specifically window (which still hosts art.gnome.org, people.gnome.org and projects.gnome.org due to be migrated to another host in the next weeks) and label. (which still hosts our Jabberd, an interesting discussion on its future is currently ongoing on Foundation-list)

And if you ever wanted to see how menubar, container and button look like, I have two photos for you with the machines being pulled out the GNOME rack: 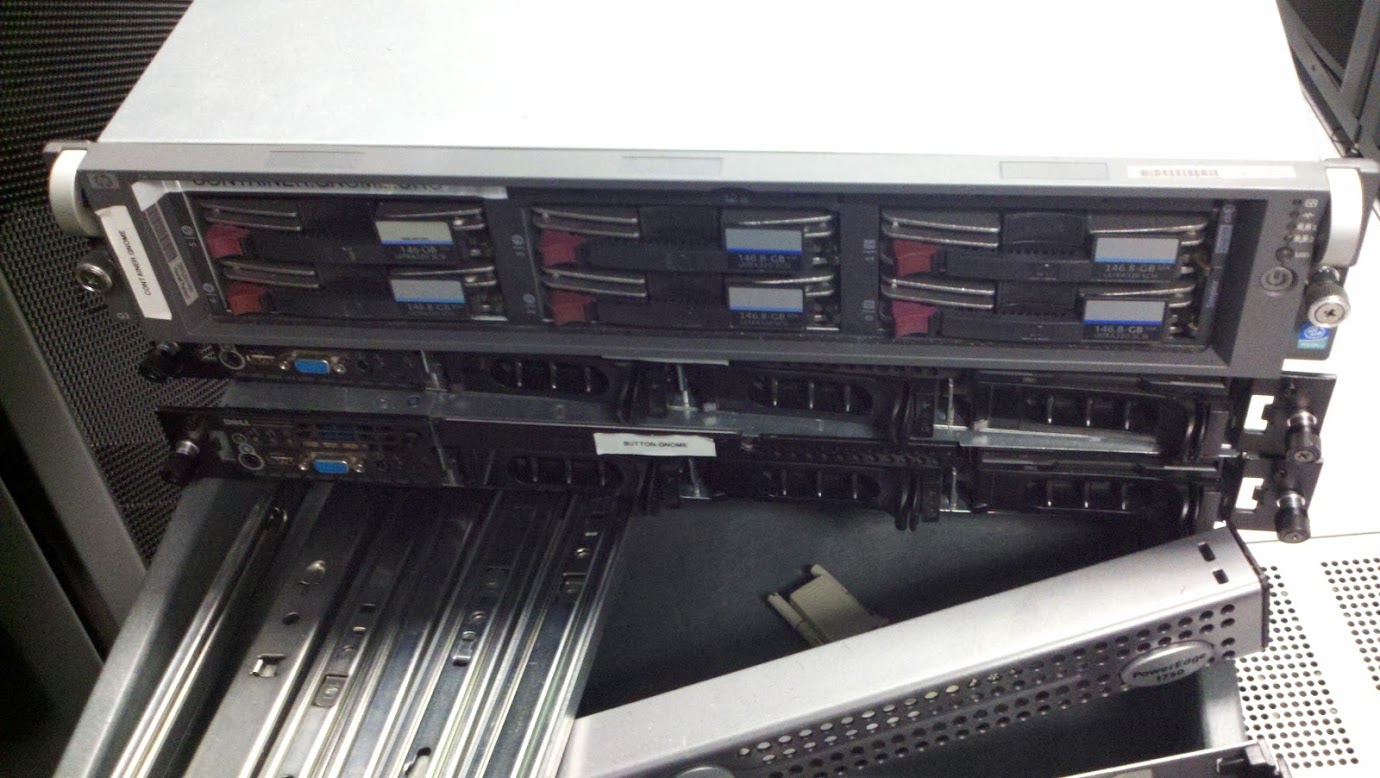 Some of the things you may have perceived directly on your skin should be the following:

What should you expect next?

Thanks a lot for all the mails I’ve received during these weeks containing reports and suggestions about how we should improve our Infrastructure! Please stay tuned, a lot more news are yet to come!